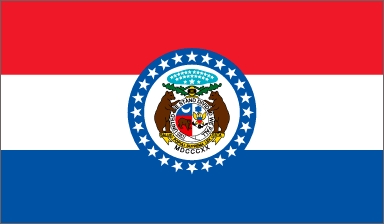 Missouri entered the Union as a state on August 10, 1821.  It is the 24th State in the Union.  When Missouri became a state, it had a population of 66,586.  That population rapidly increased, going to more than 140 thousand in ten years, more than 383 thousand in twenty years, and more than one million at the dawn of the American Civil War. The population of the state would continue to climb through the 20th Century, never showing a decrease between censuses.  The 2010 Census reported that Missouri had a population of 5,988,927, a seven percent increase over the 2000 census.  More than half of all Missourians live in the metropolitan areas of St. Louis and Kansas City.  Historically, a large portion of the population has settled near the major rivers, as the waterways have provided for transportation and agriculture.

The land that is now Missouri had initially been home to many Native American cultures.  The first whites to settle in this area were either Spanish or French.  When Americans began to migrate to Missouri, they came from Virginia and Kentucky, Tennessee, North Carolina, and the more northern states of Ohio, Indiana, and Illinois.  They were drawn here by rich farming opportunities and the ability to continue in owning slaves after the practice had been banned in their former home states.  Some were drawn west with the availability of free land west of the Mississippi River for veterans of the War of 1812.  The five largest ancestry groups in the state are German, Irish, English, American, and French. 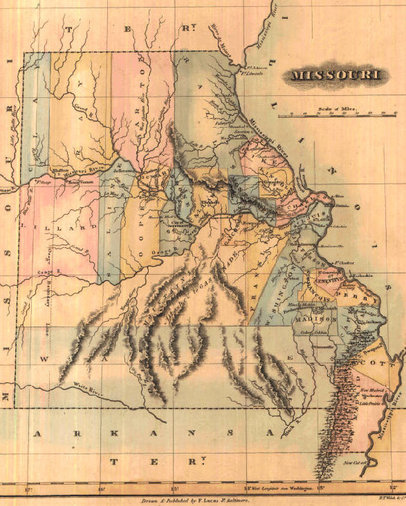 If you think that the state looks different in the color 1823 map, you are right.  The original western boundary was straight all the way to the northern border before the Platte Purchase of 1836.  The northwestern portion of the state containing the current counties of Andrew, Atchison, Buchanan, Holt, Nodaway, and Platte had originally been ceded to Native Americans as part of an area designated for the relocation of tribes from land favored by white settlers.  It was through the efforts of William Clark of Lewis and Clark fame, then-Superintendent of Indian Affairs that the Native Americans in the area agreed to sell the land and move across the Missouri River.  The groups represented in the transaction were the Ioway, Sac, and Fox tribes and they received $7,500 for the land.  This was just two years before the death of Clark.  The Missouri River was now the northwestern boundary of the State of Missouri.  The boundaries of the state would basically be equal to those that we know today.
In 1841, the county of Adair would come into existence.  It was named in honor of Governor John Adair of Kentucky.  Several settlers in the area were from Kentucky and they wanted this popular man remembered.  It was while surveyors were in the area that Jesse Kirk would “wine and dine” these men in hopes to have the settlement where he lived named for him.  This town was laid out on a 40-acre site and be incorporated in 1857 as Kirksville.  The town of Novinger would come about in 1878 when John C. Novinger filed the town plat and then become incorporated as a city in 1901.
Some of the names of counties in the state have continued to current times, although their boundaries have changed significantly.  Some existing counties have gone through name changes.  Others are no longer recognized as actual counties, such as Lilliard, Donaldson, White, and Dodge Counties.  Dodge County was absorbed into Putnam County in 1853.  Others came into existence, as did Worth County in 1861.  Still, the current image of Missouri remains the same as it has been for more than 150 years.

An interesting progression of the development of Missouri’s counties can be viewed in the “Interactive Map of Missouri County Formation” at either of the following websites:

Below is the general statistical information for Missouri today.  This graph also includes information for Adair County, Kirksville, and Novinger for those categories where it could be found. 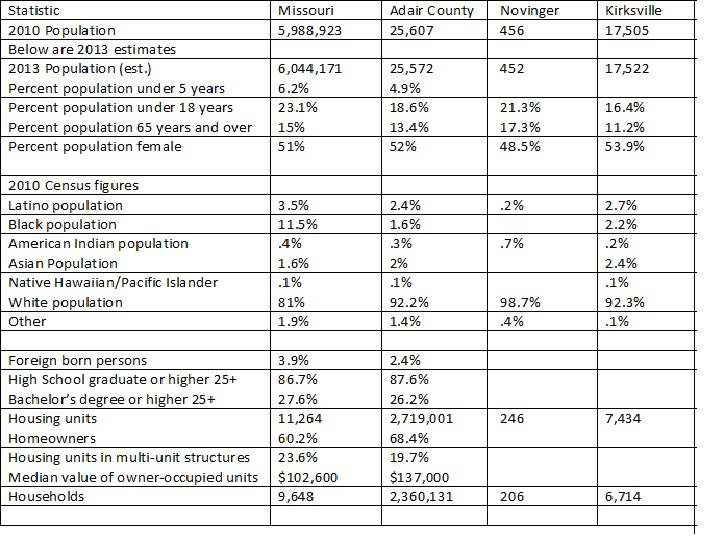 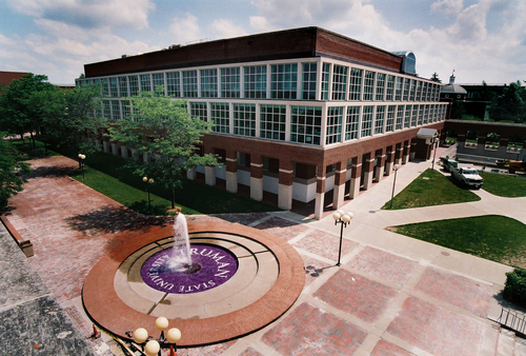