How the Federal Courts Are Organized

“How Federal Courts are organized”

Our federal court system is not simply one court, such as the Supreme Court.  There are actually three levels of courts and each holds unique and specific responsibilities.  Looking somewhat like a pyramid, the system is the largest at the bottom and shrinks in size as you move toward the top.  While the size may get smaller, the importance may not.

All federal court cases are required to begin in a district court, due to the fact that district courts have original jurisdiction, the authority to hear cases for the first time.  District courts are responsible for determining the facts of a case; they are the trial courts for both criminal and civil federal cases.  You might remember that criminal cases are ones where a perpetrator has deliberately taken the life, liberty, or property of another without permission or due course.  Examples would include murder, human trafficking, or theft.  Typically, a criminal offense is considered a crime against society and is brought to trial by the government.  These offenses, while often committed against an individual, are seen as damaging to the state or society as a whole.  Jail time, or incarceration, may be enforced as punishment in a criminal case.  Civil cases generally only result in monetary damages or other forms of restitution.  Civil court cases are usually between two individuals or groups.  One party, the plaintiff, feels that they were harmed by the other party, the defendant.  The plaintiff may ask for monetary relief or other equitable relief.  That could mean that the defendant might have to pay money to the plaintiff or replace what has been lost or damaged.  For instance, a neighbor might have to pay for the replacement of a fence damaged.  Defendants in a civil case do not have to be found guilty beyond a reasonable doubt, as they might be in a criminal case.  There just has to be a “preponderance of evidence” to merit a ruling.  In a criminal case, a district court will decide if a person is guilty or innocent based on the evidence presented.  District courts are the only federal courts in which witnesses testify and juries hear cases and reach verdicts.

Some people, in reality quite a few, who lose their cases in a district court appeal to the next highest level, a U.S. court of appeals or appellate court.  The job of an appellate court is to review decisions made in lower district courts.  They have what is called appellate jurisdiction, or the authority of a court to hear a case appealed from a lower court.  Lawyers usually appeal when they feel the judge applied the law incorrectly in the original case.  They may also do this if they feel the wrong procedures were used or if new evidence is discovered.  Appeals courts may also review federal regulatory agency rulings, if the people or groups involved believe the agency acted unfairly.

There are 12 United States courts of appeals.  Each covers a particular geographic region called a circuit.  Missouri is in the 8th Circuit.  A thirteenth appeals court, the Court of Appeals for the Federal Circuit, has national jurisdiction to hear special cases, such as those involving patent law or international trade.

There are no trials in a court of appeals.  The court may decide an appeal in one of three ways: 1.) uphold the original decision, 2.) reverse that decision, 3.) remand or send the case back to the first court to be tried again.  The case is reviewed by a panel of three or more judges.  They examine the record of the original case and listen to arguments from both lawyers.  The judges will then meet and make a decision by majority vote.

The judges do not decide guilt or innocence in a criminal case or which side should win a civil lawsuit.  They rule only on whether the defendant’s rights have been protected and on whether that person has received a fair trial.  In the majority of cases, the decision of the appeals court is final.  Some cases, though, may be appealed by lawyers and advance to the U.S. Supreme Court.

When an appeals court makes a decision, one judge writes an opinion for the court.  The opinion offers a detailed explanation of the legal thinking behind the court’s decision.  The opinion sets a precedent for all courts and agencies within the district.  A precedent gives guidance to other judges by offering a model upon which to base their own decisions on similar cases.  A precedent does not have the force of law, but it is a very powerful argument to use in court.  Judges and courts follow precedents in nearly all cases.

Federal judges are the chief decision makers in the judicial branch.  We have more than 550 judges presiding over the district courts.  Each district court has at least two judges.  Some district courts in high-population areas have more judges because there are more cases to hear.  Each appeals court has from 6 to 27 judges.  There are nine justices in the Supreme Court.

Selection and Tenure of Judges

The U.S. Constitution gives the president the authority to appoint judges, with the approval of the Senate.  The Constitution sets forth no particular qualifications for federal judges.  In the Supreme Court, it is typically the standard that new Chief Justices are appointed from one of the existing justices.   When he was appointed to hold this position, John Roberts had not been part of the court.  He had years of experience in the legal system, but not as a member of the Supreme Court.  Presidents want to appoint judges who share their ideas about politics and justice.  Presidents usually choose people who belong to their political party.  Because judges are appointed for life, presidents view their judicial appointments as an opportunity to affect the country after they have left the White House.

When naming judges, presidents usually follow a practice called senatorial courtesy.  This system has the president submitting the name of a candidate for judicial appointment to the senators from the candidate’s state before formally submitting it to the entire Senate for approval.  If either or both senators object to the candidate, the president will usually withdraw the name and nominate another candidate.  The practice of senatorial courtesy usually applies only to the selection of judges to the district courts and other trial courts, not to the selection of judges to courts of appeals or the Supreme Court.

Once appointed, the federal judges have their jobs for life.  A judge can be removed from office the same way that a president can, through impeachment.  The writers of the Constitution gave federal judges this sort of job security to be able to decide cases free from the influence of public or political pressure.  Federal judges know that their jobs are safe even if they make unpopular decisions.

Judges do not work alone.  They have help from clerks, secretaries, court reporters, probation officers, and other workers.

Each district court has magistrate judges.  These officials take care of much of a judge’s routine work.  They issue court orders, like search and arrest warrants in federal cases.  They hear preliminary evidence in a case to determine whether the case should be brought to trial.  They also decide whether people who have been arrested should be held in jail or released on bail.  Magistrates may also hear minor cases.

Every federal judicial district also has a United States attorney and one or more deputies.  The U.S. attorneys are government lawyers who prosecute people accused of breaking federal laws.  They look into complaints of crime, prepare formal charges, and then present evidence in court.  It is their job to represent the United States in civil cases in which the government is involved.  U.S. attorneys are appointed to four-year terms by the president, with consent of the senate.  They report to the attorney general of the United States, who is the head of the Justice Department.

Each federal judicial district also has a United States marshal.  Marshals and their staffs make arrests, collect fines, and take convicted persons to prison.  They protect jurors, keep order in federal courts, and serve legal papers, including subpoenas.   A subpoena is a court order requiring someone to appear in court.  Marshals work for the department of Justice.  The president appoints U.S. marshals with Senate approval. 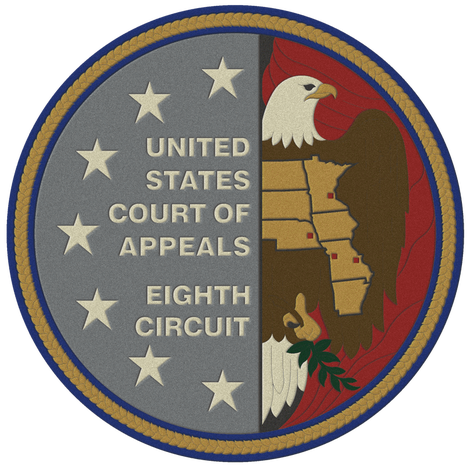 How Federal Courts are Organized Assessment
Powered by