The Invasion of the Body Snatchers﻿

In 1956, Don Siegel brought the work of Jack Finney to the screen and scared the daylights out of millions with the epic horror film, "Invasion of the Body Snatchers."  Set in a small California community, the film focused on the efforts of two people trying to understand the strange things going on.  Along the way, they encounter some very bizarre vegetation and peculiar residents.

The film has been considered the grandfather of suspense or horror films as we know them.  Things that go bump in the night.  Fear of what lies behind that door.  Fear of...you can finish the sentence.  "Invasion of the Body Snatchers" epitomized the paranoia and uncertainty that permeated American society of the 1950s.  Ho Chi Minh led a revolt in mainland China in 1949 and changed the country into a bastion of communism.  The Soviet Union, although our ally during World War Two, pushed their own communist thumbprint across Eastern Europe.  The enactment of a Loyalty Act, making government employees declare their loyalty to American democracy, came about under the tutelage of our own Missouri-born President Harry Truman.  Ethel and Julius Rosenberg were executed for suspected spying for the Soviets.  HUAC and Senator Joseph McCarthy "terrorized" American citizens who may or may not have had ties to the communist culture.  The fifties were an era of prosperity, but also an era of doubt and dismay.  This film has been called a representation of any or all of these emotions and events.  Both Finney and Siegel boisterously declared that it was not.  Whether you believe that or don't, The film definitely has firmly established a place in American Pop Culture. 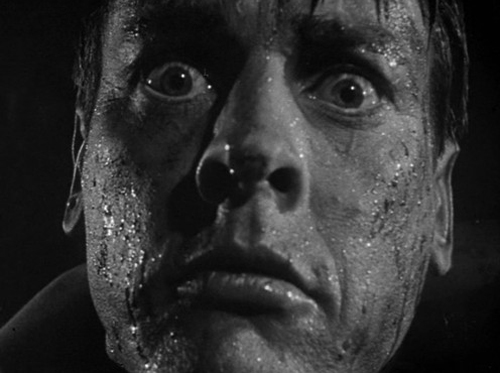 Dr. Miles Bennell, played by Kevin McCarthy, realizes that someone or something is not what he originally believed. 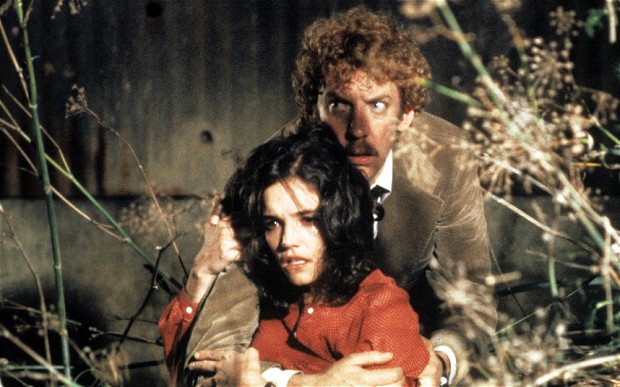 Invasion of the Body Snatchers has been remade twice, most notably with the above 1978 representation, starring Donald Sutherland, Brooke Adams, and Leonard Nimoy.  Other films have been produced that are loosely based on this story.  Even Stephenie Meyer, author of the "Twilight" series, dabbed in Finney's concepts with "The Host."
Invasion of the Body Snatchers Assessment
Powered by