The largest territorial and political subdivision of a state is normally that of the county.  Connecticut and Rhode Island are the only states not divided into counties.  A county has its own government established through state approval.  A county could be as large population-wise as some of the smallest states, as is the case with Los Angeles county, California, which has more than 10 million residents.  San Bernardino County, California is larger than Vermont and New Hampshire combined.  There are 254 counties in Texas and Missouri has 114 counties.  Delaware and Hawaii both only have 3 counties.  Counties in Alaska are called “boroughs” and Louisiana calls their counties “parishes.” 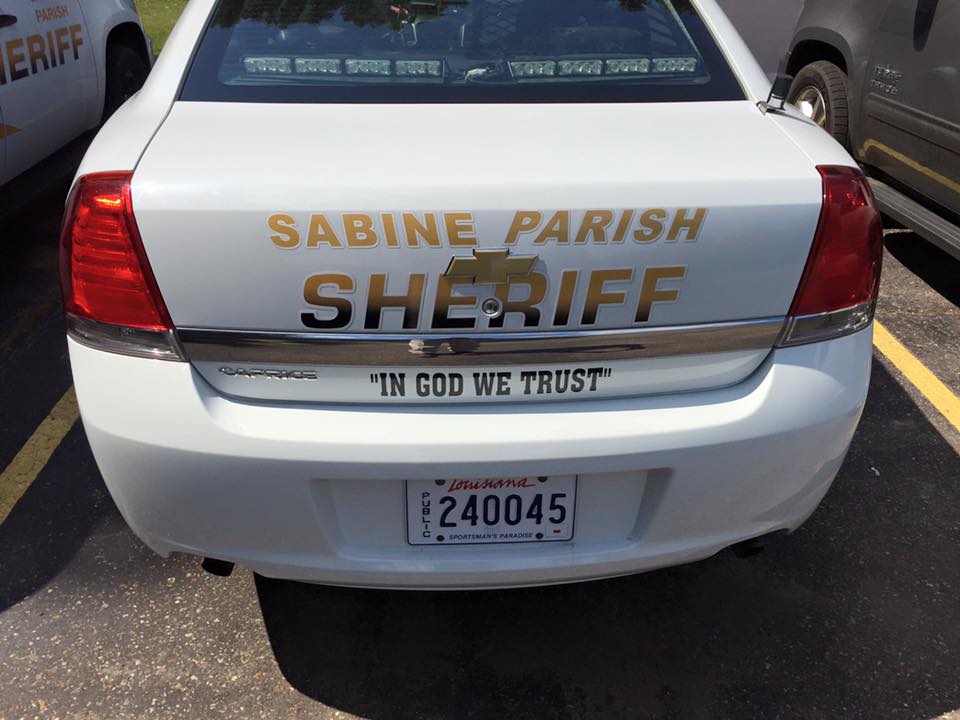 When Midwestern and Southern states were mapping out counties in the nineteenth century, the thought was that anyone living on the edges of a county should be able to get to the county courthouse and back within the same day on horseback or with a buggy.  To make this happen, most states created their counties as rather small parcels of land.  The county courthouse is the location for most local government to take place.  It may serve as the headquarters for law enforcement, record keeping, and road construction.  Of course, the courthouse holds the judicial branch facilities for the county.  A county courthouse is located in a community that is referred to as the county seat.
​ 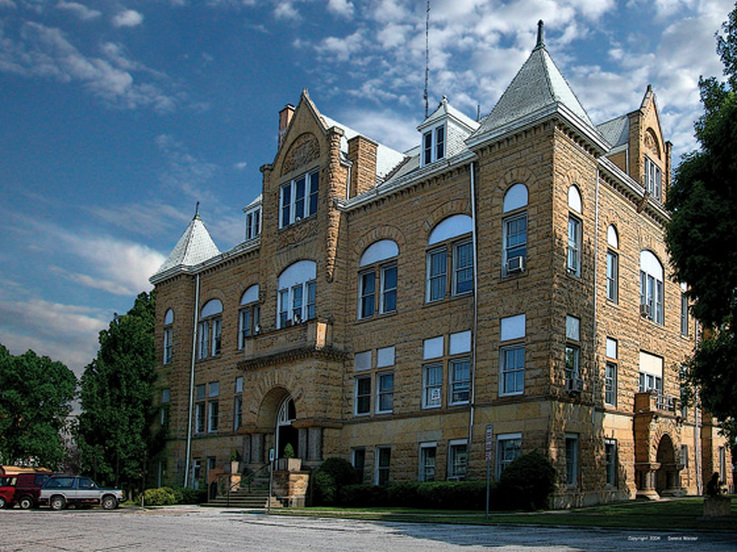 County Government Functions
Modern transportation and the growth of cities has led to changes in the nature of county governments.  In some areas, cities provide many of the services that counties once handled. In other areas county governments have grown in importance and assumed functions that city government once handled. Many counties now provide water, sewer, and sanitation services. Many operate large, modern hospitals, police departments, and mass transit systems. Counties also administer elections, offer public health, mental health, and social services, provide emergency medical care, and support volunteer EMS squads. 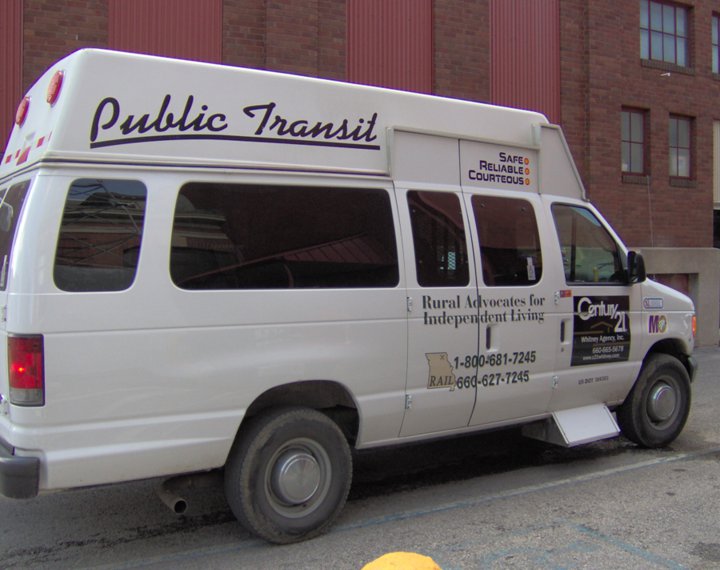 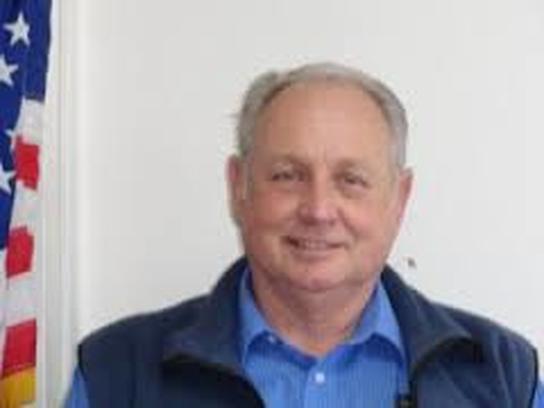 A board of three to five elected commissioners, or supervisors, governs most counties. Board members’ terms vary, but most serve a four-year term. The board acts as a legislature, adopting ordinances and the annual budget, levying taxes, and administering and enforcing laws. County governments have a variety of organizational structures across the country. These include the commission-manager, commission-elected executive and strong commission forms.
As governmental responsibilities have grown, especially in counties with a large urban population, many have adopted a form of government in which the county board operates only as a legislature. In some cases, the board of commissioners appoints a county manager, who acts a lot like a city manager in running the county government. In other cases, counties have created a new elective office, that of a chief administrative official. This person, often called the county executive, handles all executive responsibilities. Whether appointed or elected, the county manager or executive appoints top officials, manages the organization, and submits proposed policies to the legislature. The board of commissioners functions alongside this leader, but only as a legislative body.
Separately elected officials run some county administrative offices. The sheriff is the county’s chief law enforcement officer. The sheriff’s department, which usually includes deputies and jailers, enforces court orders and manages the county jail. In some counties, the sheriff’s department shares law-enforcement duties with a separate police department. The district attorney (or DA) is the county’s prosecutor. The DA investigates crimes, brings charges against suspected lawbreakers, and prosecutes the cases in court. In many states, county judges are also elected. 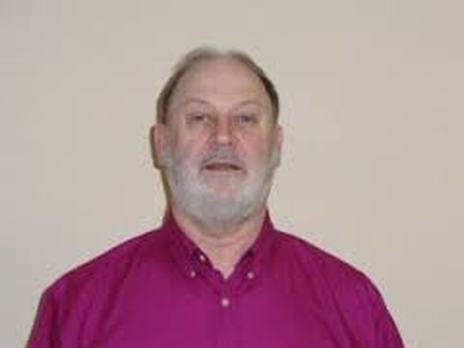 ​Other county functions are led by officials who may be appointed or elected. The assessor examines all taxable property within the county and estimates how much it is worth. The county’s property tax is based on the assessor’s estimate. The county finance director or treasurer supervises the county’s funds and makes payments from the state treasury.  An auditor makes sure that the county’s money is spent within state and local law. A county clerk keeps official government records.  A coroner works closely with the police department to establish the cause of unusual or suspicious deaths. 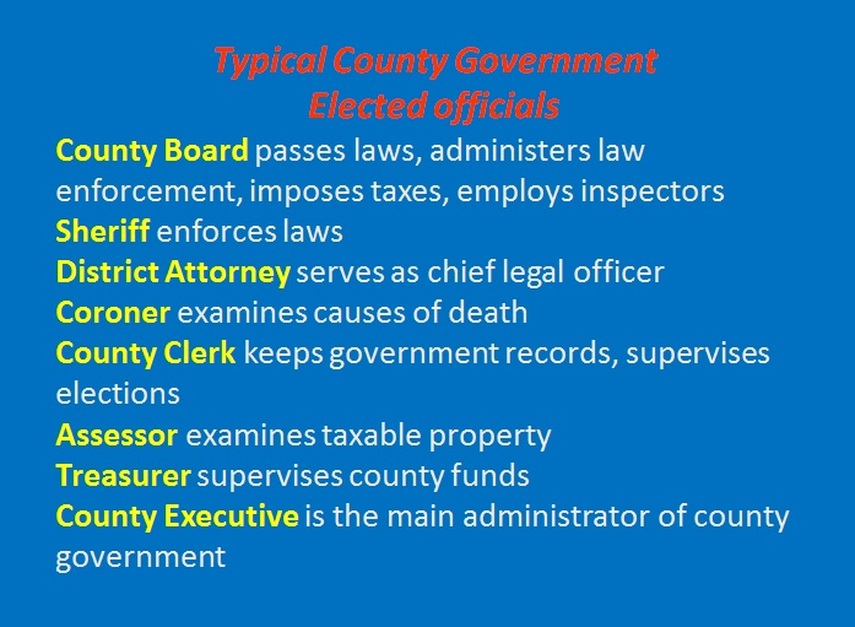