The Road To The constitution

Most of the leaders of our nation realized that the national government must be strengthened as early as 1787.  Congress was aware of and acknowledged serious problems with the Articles of Confederation.  A plea was sent out to every state to send delegates to a convention in Philadelphia to fix the flaws.  This would become known as the Constitutional Convention.  The only state not to send a delegate was Rhode Island, feeling that a stronger central government was unnecessary      .

Philadelphia’s Independence Hall was home to the convention, beginning on May 25, 1787. Weather was horrible, with a torrential amount of rain falling that first week.  The weather hindered the arrival of some of the delegates but things went as planned once all were present.

The 55 men participating in the Constitutional Convention were an intellectual bunch, with lawyers and merchants, educators and military leaders, and several individuals experienced in government positions.  Below is a list of members’ roles before and after the convention:

Ironically, some people you would expect to be present were not.  Both Thomas Jefferson and John Adams were in Europe serving as ambassadors for the United States.  Patrick Henry, the outspoken Virginia governor, was absent of his own choice.  He was against the secrecy of the convention and refused to attend.

If you were able to help set up the convention, who would you chose to be the person responsible to preside over the meetings?  Would it be Benjamin Franklin, the respected senior representative of the group?  Perhaps you would decide on Alexander Hamilton, the young man from New York with such monetary savvy that he would be the nation’s first secretary of the treasury.  Maybe you would chose James Madison, the young detail-focused Virginian tobacco planter, instrumental in the calling of this convention and the attendance of George Washington to the same.  Ultimately, the delegates had only one choice in mind to lead their sessions.  That person was George Washington, widely respected Virginia planter and American Revolution leader.  Washington would not rule over the meetings, but see that they ran orderly and efficient, keeping to the task at hand.  If they could not come to an agreement with an acceptable plan of government, Washington warned, “perhaps another dreadful conflict is to be sustained.” 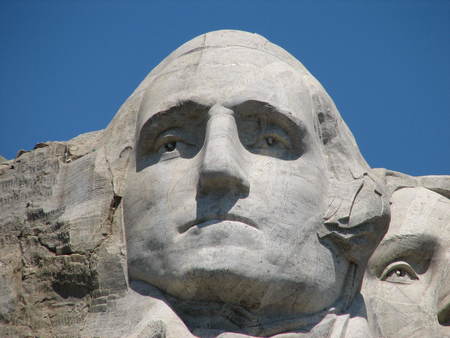 Washington was quick to appoint a committee to establish the rules for how the meetings would be conducted.  They decided that the meetings must have delegates from at least seven states present before beginning.  Decisions must come through a majority vote of the states with each state getting only one vote.  If a state had more than one representative, they would all decide how to cast their single ballot.

They also agreed to keep all discussions secret.  No one from the public could have access to the meetings, all the doors were guarded and the windows tightly closed even though the weather was hot and humid. Each of the delegates promised not to tell outsiders what was going on in their meetings.  Because of this secrecy rule, the delegates could speak freely without worrying about the public’s reaction.  This allowed for better bargaining on decisions made.  The problem with the secrecy policy was that it did not allow for any formal records to be kept of the meetings.  Luckily for us, James Madison kept a notebook of daily events that have allowed us to know what occurred during these meetings.

The Need for a New Constitution

Congress gave these delegates the job of revising the Articles of Confederation, but they soon agreed that they must do more than that.  They decided the Articles of Confederation needed to be replaced by a new constitution.  They wanted to strengthen the national government with a new plan of government.  It was through this decision that these meetings in Philadelphia became known as the Constitutional Convention. 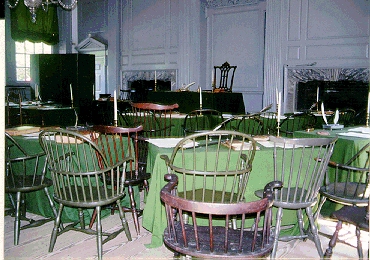