Office of Governor
There is a chief executive in every state government, playing much the same role as the president does for the federal government.  There are also many departments and agencies that carry out the business of the state.
Every state constitution includes a set of qualifications for the office of governor.  Most states require the governor to be a United States citizen, at least 30 years of age, ad a resident of that state for a certain period of time.  In Missouri, the governor must be at least 30 years old, an American citizen for fifteen or more years, and a Missouri citizen for at least ten years.  While these are the primary, mandated qualifications for a governor, many have a lot more.  Most governors are not strangers to politics and have held other public offices during the course of their lives.  Many have had successful careers in business or as lawyers.  Some of them are charismatic public speakers, quick to think on their feet, or able to give thoughtful and intelligent answers to challenging questions from reporters or citizens in the public forums. 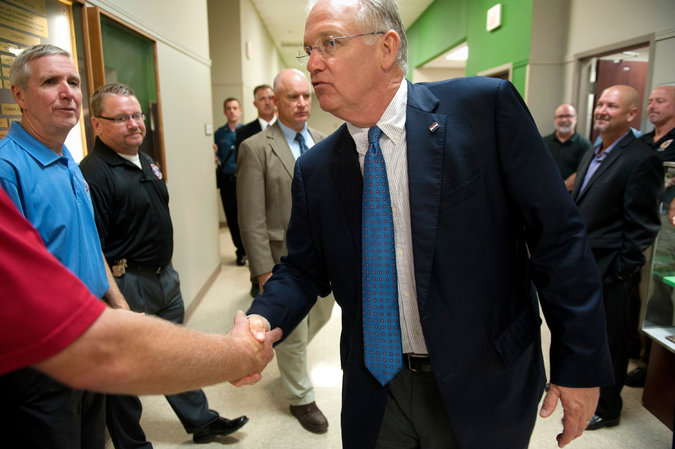 ​Governor Jay Nixon meeting with Union officials in St. Louis.
Voters elect their governor directly.  That means you place a ballot for who you want to be governor and the results are counted.  There are no electoral colleges or the like at the state level.  Other than that difference, candidates for governor are nominated and elected in much the same way as the president of the United States.  An individual should gain the nomination of a major political party in their pursuit of the governor’s office.  They usually will win their party’s primary election.  Then that party nominee runs in the general election. 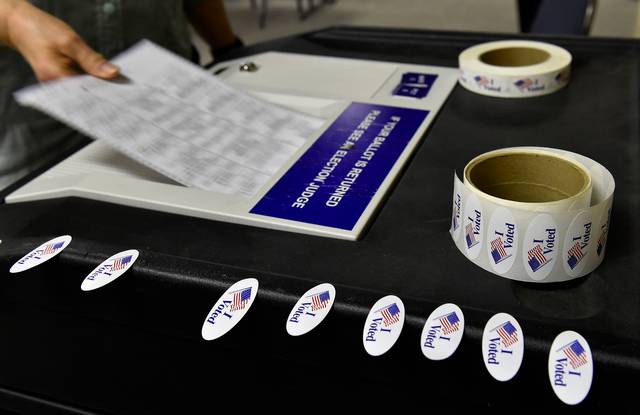 It was once common practice to elect a state’s governor to a term of one or two years.  Today, most governors are elected to a four year term and most have term limits.  The governor of Missouri can only serve two terms, the same as the president.  Like the president, a governor can be impeached and then removed from office for committing a crime. Perhaps the most recent incident of such an event occurred in Illinois when Governor Rod Blagovich was impeached and removed from office before being sentenced to fourteen years in federal prison for abuse of his gubernatorial powers.  Several states also allow for the voters to take steps to unseat a governor by demanding a special “recall” election.
In most states, governors and lieutenant governors run as a team in the elections.  In the past they ran separately, making it possible for a governor to have a lieutenant governor from another political party.  That is still the way it is in Missouri. We currently have a Democratic governor, Jay Nixon, while the lieutenant governor is a Republican, Peter Kinder.  Typically, the lieutenant governor moves up to the top position if the governor leaves office.  In most states, the lieutenant governor has only a few official duties, such as presiding over the state senate. 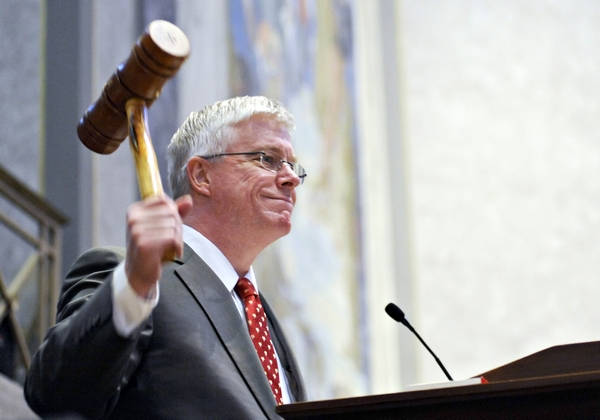 Lt. Governor Peter Kinder serving in his official capacity as the President of the Missouri State Senate.
Powers and Duties of the Governor
Like the president of the United States, a governor heads the executive branch of state government and fills many of the same kinds of roles.  A governor’s most important role is that of the state’s chief executive.  In this role the governor is responsible for carrying out the laws of the state.  To help with this job, the governor issues executive orders to a large state bureaucracy. The governor appoints some of the top officials of the bureaucracy, usually with the approval of the state senate.  In most states the governor is also responsible for preparing a budget and winning its approval from the legislature.
The governor is also the state’s chief legislator. Although only the legislature has the power to adopt laws, the governor can play a part. The governor can suggest new bills and try to persuade the legislature to pass them, either by making speeches to the legislators or lobbying privately with the leading members of the legislature.
All governors have veto power over the bills passed by the legislature. Most governors have greater veto power than the president of the United States.  Governors may have the power to veto specific parts of a bill, an action we refer to as a line-item veto, while the president must either sign or veto a bill just as it is completely. State legislatures may override governors’ vetoes, but it does require a two-thirds vote and that rarely happens. 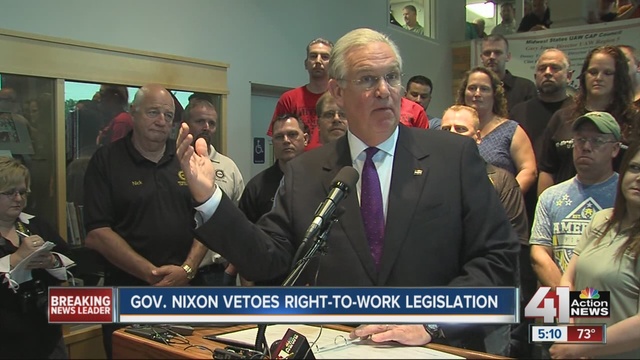 Governors also have certain judicial powers. A governor may grant pardons to convicted criminals or commute, or reduce a criminal’s sentence. In states that permit capital punishment, a governor may decide to commute a death sentence to life in prison. Governors also have the power to grant a parole, or early release from prison with certain restrictions.
​Governors play other roles as well. Every governor is commander in chief of the state National Guard. The governor is the state leader of his or her political party. The governor also serves as ceremonial leader of the state, greeting important visitors.
We have seen many states elect females as governor since the 1960s.  Before that it was usually only white males who were elected.  Several Southwestern states have elected Hispanic American governors. Washington State has had an Asian American governor. Hawaii has had Japanese-American governors and Louisiana has had an Indian-American governor, Bobby Jindal. The first African-American governor was in Louisiana during the days of Reconstruction, but it would take more than a century before another African-American would serve as a governor, Douglas Wilder in Virginia.  Since then, both Massachusetts and New York have also had African-American governors. 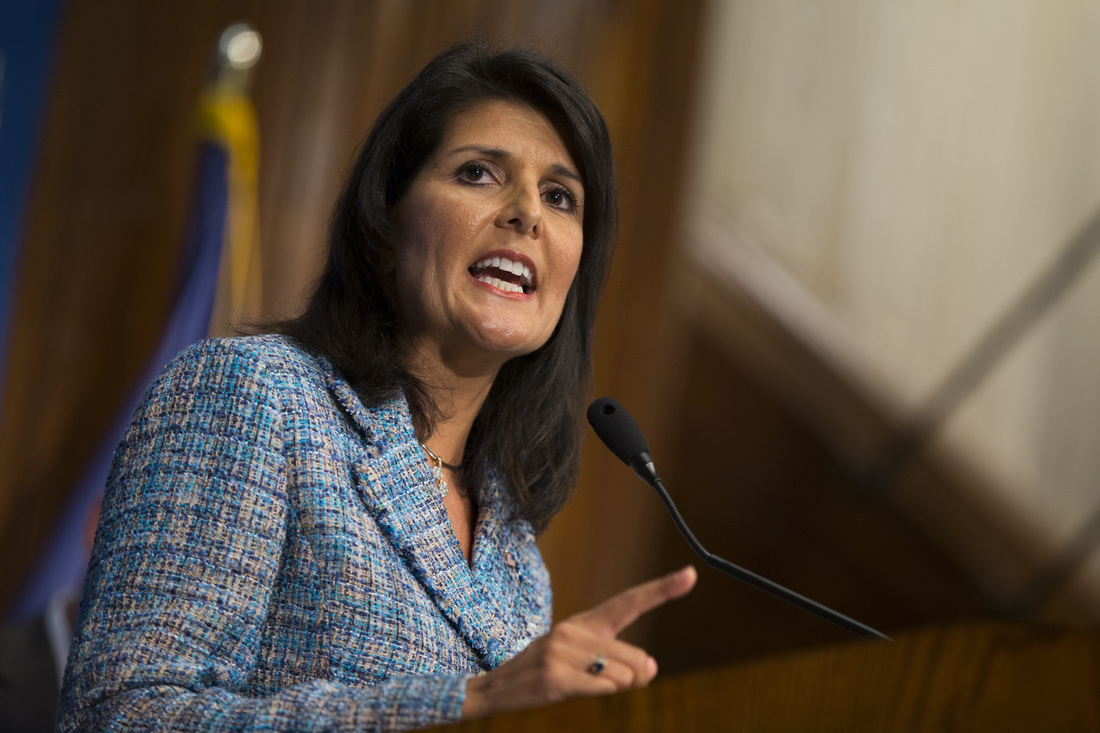 There are currently three female governors in the United States. Above is Governor Nikki Haley of South Carolina.
Executive Departments
Not every governor has a cabinet, but every state has a number of top officials who are in charge of executive departments and who advise the governor on important issues related to their area of responsibility. Governors appoint many of these officials. In most states, such as Missouri, some the key officials are elected to office by the citizens.
While the top officials vary from state to state, most states have a few in common. Usually a secretary of state manages elections and maintains the state’s official records. An attorney general represents the state in lawsuits and gives legal advice to the governor, state agencies, and the legislature. A treasurer collects taxes and invests state funds. An auditor reviews the record keeping of the state agencies to make certain that their money is used according to state law.
In addition, every state has a number of executive departments, agencies, boards, and commissions. Some, such as departments of justice, agriculture, and labor, are like their federal counterparts. Others exist only at the state level.  Most states have a department or board of health, which runs programs in disease prevention and health education, and departments of public works and highways, which are responsible for building and maintaining roads, bridges, public buildings, and other state properties. Most states also have a state welfare board to help the unemployed and people living in poverty.
Powered by