How a Bill Becomes a Law

Congress has the responsibility of passing the laws that our nation needs.  More than 10,000 bills are often introduced during a term of Congress, yet only several hundred get to become laws.

Bills normally fall into two categories.  Private bills concern individual people or places.  They deal with people’s claims against the government.  Public bills apply to the whole nation and deal with taxation, civil rights, terrorism, or others things.  They may be debated for months and get much media coverage.

Congress also considers different kinds of resolutions, or formal statements expressing lawmakers’ opinions or decisions.  Many of these resolutions do not have the force of law.  Joint resolutions, which are passed by both houses of Congress, do become laws if signed by the president.  Congress uses joint resolutions to propose constitutional amendments, to designate money for a special purpose, and to correct errors in bills already passed.

From Bill to Law

Every bill starts out with an idea.  They may be the ideas of a private citizen, group, or a member of Congress.  Many more ideas begin in the White House.  Other bills are suggested by special interest groups, or organizations made up of people with some common interest who try to influence government decisions.

Bills can be introduced in Congress only by senators and representatives.  Any bill involving money must start out in the House of Representatives.  Every bill gets a title and a number when it is submitted.  The first bill in the Senate was titled S.1 and the first bill in the House was H.R. 1.  Bills are then sent to the standing committee that seems most qualified to handle it.

Committees receive more bills than they can work through.  The chairperson is the main person to decide which bills get ignored and which get studied.  Those that merit attention are researched and reported on by a subcommittee.  Public hearings may be held to allow experts and concerned citizens to voice their opinions.  Some people may submit written statements for or against a bill.

Standing committees have full power over bills.  The committee can pass the bill without changes, mark up a bill with changes and suggest that it be passed, replace the original bill with a new alternative, ignore the bill and let it die which is known as “pigeonholing” the bill, or kill the bill outright by majority vote.  The full House or Senate can overrule the decisions of its committees, but this doesn’t happen much.  When a committee is against a bill, it almost never becomes a law.

Bills approved in committee are ready for consideration by the full house of Congress where it is located.  The bills are put on calendars, or schedules, in chronological order (the order they arrive).  The Senate takes up bills in the order listed.  The House schedule is controlled by the Rules Committee.  This committee serves as a “traffic cop,” giving priority to the most important bills.  It can also kill a bill by not letting it get to the floor.

When bills reach the floor of either the House or the Senate, the members debate the pros and cons.  Amendments may be discussed as well.  The House accepts only amendments relevant to the bill.  The Senate allows riders, or completely unrelated amendments to be tacked onto the bill.  Senators include riders that are likely to pass.  Sometimes they attach these riders to benefit their constituents.

In the House, the Rules Committee sets the terms for debate.  It often puts a time limit on the discussion over a bill to speed up the action.  The Senate has fewer rules.   Senators can speak as long as they want and it doesn’t have to deal with the topic at hand.  Sometimes they take advantage of this custom to filibuster, or talk a bill to death.  A member can hold the floor for hours delaying a vote until the bill’s sponsor gives up and withdraws the measure.

The Senate can end a filibuster if three-fifths of the membrs vote for cloture.  Under this procedure, no one may speak for more than one hour.  Senators do not use cloture often.  There was a 74 day filibuster in 1964 over the Civil Rights Act by some senators against the legislation.

Voting on a Bill

When members of Congress are ready to vote on a proposed law, they have several ways in which to vote.  The simplest in both houses is a voice vote, in which those in favor say “Yea” and those against say “No.”  In a standing vote, those in favor stand to be counted, and those against will stand afterward.  The House now uses a computerized voting system to produce a permanent record of each representative’s vote.  A representative’s constituent may want to see how their elected official voted on a bill that interests them.  In the Senate, members voice their votes in turn as an official writes them down in a roll-call vote.

A simple majority of all members that are present is needed to pass a bill.  If the bill passes one house, it is sent to the other.  If either one rejects the bill, it dies.

The Constitution requires the Senate and House to pass a bill in identical form before it can become a law.  If either house makes changes in a bill after they receive it from the other house, a conference committee is formed with members of both houses.  This committee will privately meet to work out the differences between the two versions.  Once they have revised the bill, it must be accepted or completely rejected without amendments.

If the president vetoes the bill, Congress still has a chance to save it.  They can override the veto with a two-thirds vote of each house.  This is tough to do and Congress has only accomplished it only about one-fifth of the time. 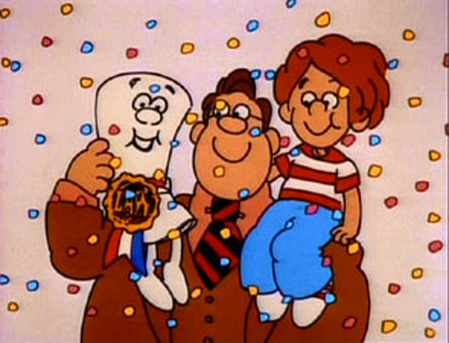 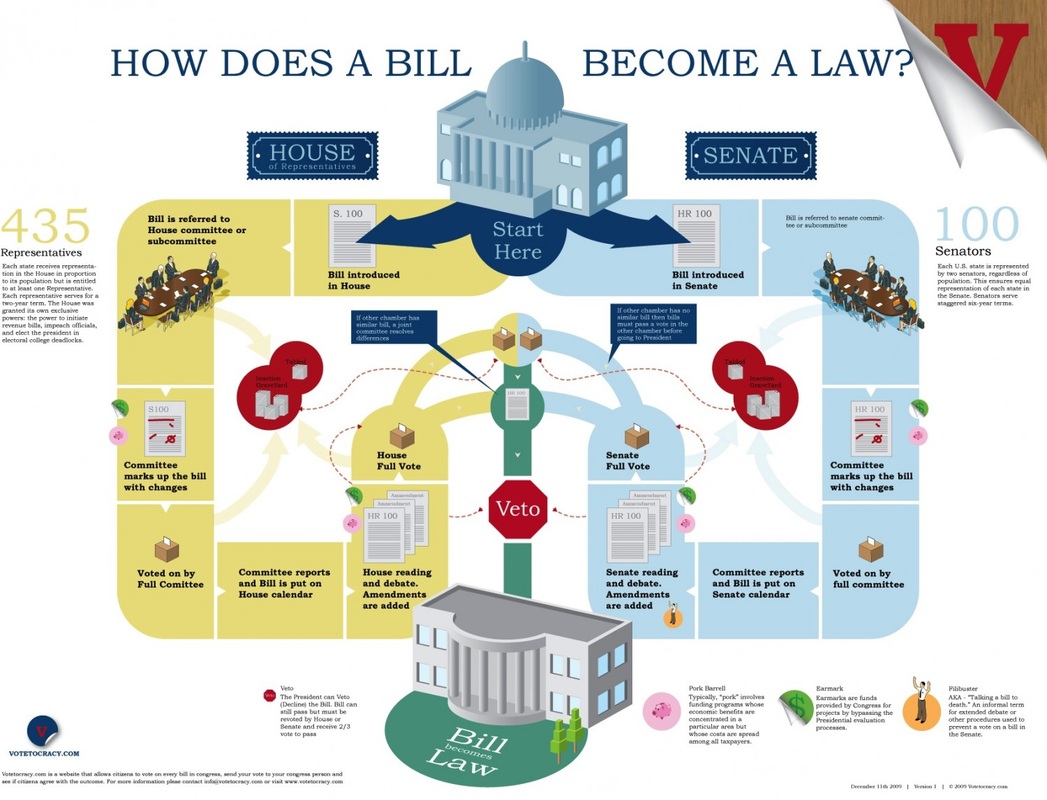 How a Bill Become Law Review Assignment
Powered by