“How Congress Is Organized” 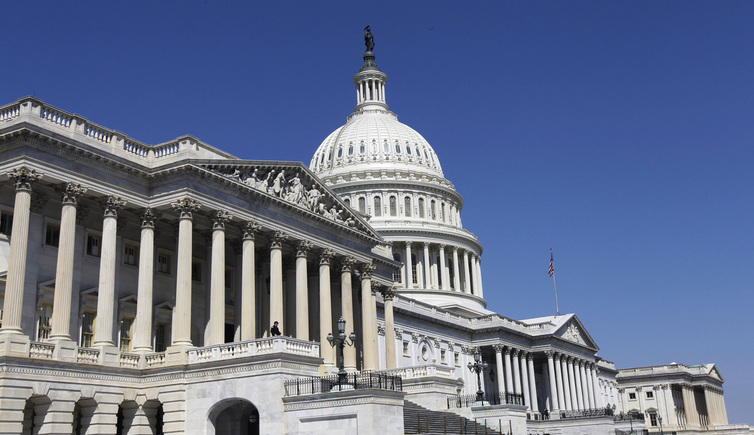 There is a group of 535 men and women who gather in Washington, D.C. to create new laws every year and discuss the issues facing our country.  These people are known as our nation’s elected legislature, Congress.

Sessions of Congress always begin on January 3rd in the odd-numbered years.  These sessions last for two years.  A number is given to each new “Congress” identifying its term.  The 114th Congress began on January 3, 2015.  Each term consists of two sessions, also considered meetings.  They typically last from January to November or December.  During times of crisis, Congress could meet in a special sessions.  A joint session happens when the House and Senate meet together.  One example of a joint session is when the two houses gather to hear the president’s State of the Union address.

The United States decided through the Connecticut Compromise to have a two-house legislature, or a bicameral legislature.  This established the House of Representatives as the lower house of Congress and the Senate as the upper house. 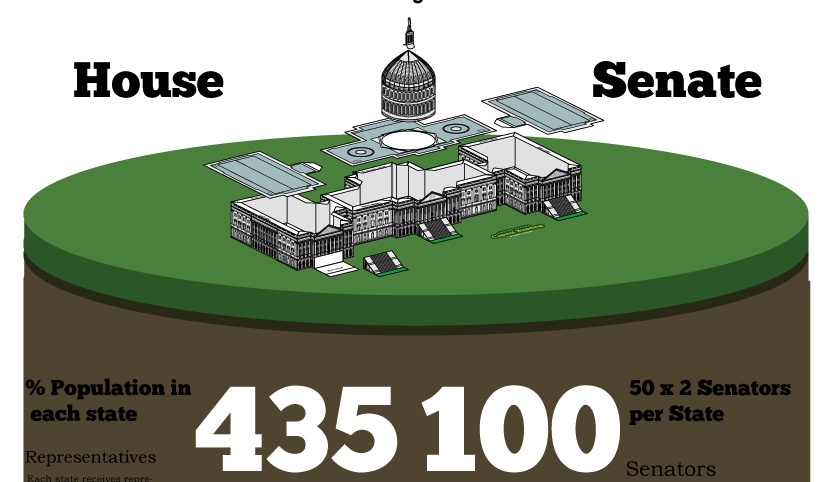 The House of Representatives

Congress adjusts the number of representatives given to each state when they receive a new state legislature standing through the census.  Even if the state’s population doesn’t change, the representation might change because of differences in other states.  Our current House of Representatives is set at a total of 435 representatives.     This number will not change, so if there is an increase in population in one state but not others, the one with the most significant transition will get an increase and those states around it with little or no change may lose a seat to satisfy the change in the other state.

Since many states have more than one representative, they are divided up into congressional districts so that each representative in that state will be responsible for a specific area.  The State legislatures will draw up the boundaries for these districts and attempt to have close to the same amount of people in each.  Those people that are in the district are known as constituents.  If there is an overt influence in a certain area, it might be outlined to be larger than some others.  The process is known as “gerrymandering.”  A gerrymander gets its name from Governor Elbridge Gerry of Massachusetts.  The rough shape of the district Gerry drew up looked somewhat like a bird or a salamander. So to represent the definition of these districts, they were called “gerrymandered,” a play on the governor’s name and the type of animal the district resembled.

Representatives receive a two-year term when they are elected.  They must be at least 25 years old and live in the state where they wish to represent. A representative is responsible only for the district for which they are elected.  Since the term is shorter than that of a senator and with more representatives elected in most states, it is considered a lesser position than a senator’s role.  These reasons stand to explain the fact that many representatives are primarily only known in the district they represent.  It’s kind of a starting place in politics for many of these men and women.  There have been a significant amount of senators and governors who first held a position in the House of Representatives.  After serving positively and getting their name recognized, they might campaign for another state elected position, such as the Senate. 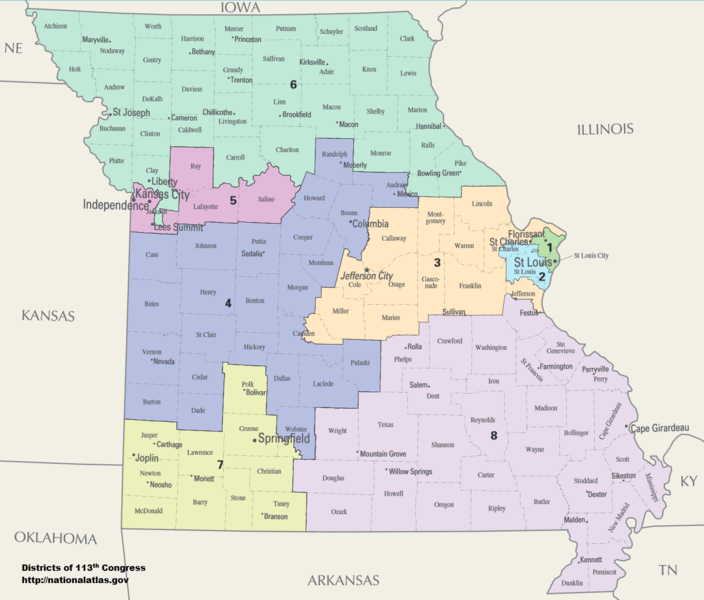 As of the last census, Missouri has eight congressional districts.  We live in District 6. Republican Sam Graves is our Representative. 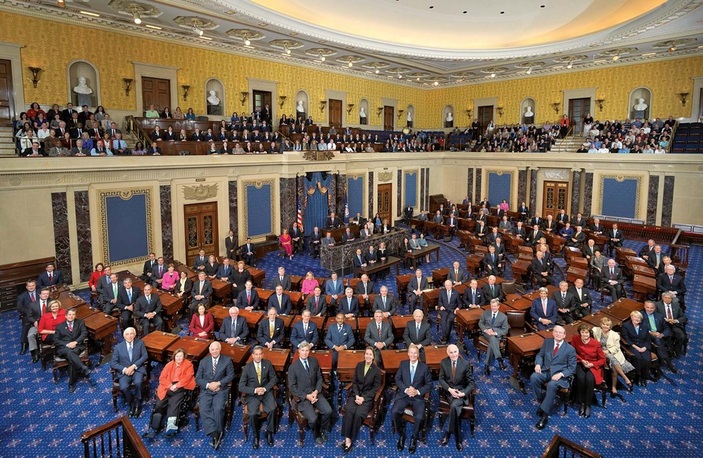 In an effort to satisfy the smaller states, the Framers of the Constitution agreed to have equal representation in the Senate for each state.  A senator must be at least thirty years old.  Each state will have two senators representing the entire state.  That means that the first Senate had twenty-six senators, two senators for each of the thirteen states.  Today there is one hundred senators, two for each of the fifty states.  The only time this number changes is when a new state has been accepted into the Union. 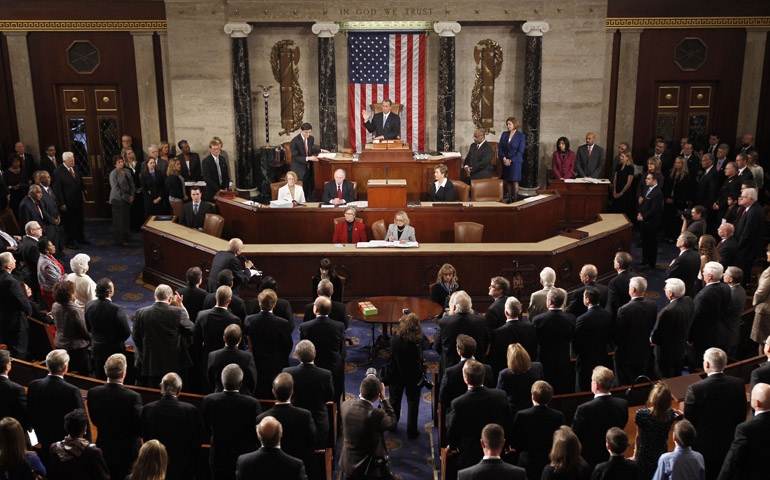 The swearing in of the current Speaker of the House, John Boehner, on January 3, 2015.
Congressional Leaders

There is a system of political party power existent in each house of Congress.  The party in which more than half of the house’s members belong to is known as the majority party.  The other party is the minority party.  To start out a term, the party members decide on leaders to direct their functions.

The Constitution provides the policy for the House to chose a Speaker and other officers to conduct business.  After the majority party decides a Speaker at a caucus, or closed meeting, the entire House will approve the choice for the Speaker of the House.  This person is the most powerful leader in this section of the legislature.  They are an individual that has experience in the House of Representatives and the party, and they steer legislation to approval.  The Speaker is in charge of the floor debates, and influences the business of the House.  The Speaker of the House is the next in line of succession to be the president if something happened to both the president and vice president.

The Power of persuasion is important for the Speaker of the House.  They know how to get people to agree with what they want to see happen in the legislature.  They will listen to other people and help get their requests accomplished, although it normally includes a return favor to the Speaker, such as voting along with the majority party.

Much of the leadership in the Senate is held by the floor leaders.  They try to get laws passed and work across party lines.  There is a majority and a minority floor leader in both the Senate and the House.  Asides from the Speaker of the House, the floor leaders in the House do much the same as those in the Senate.  There is also party “whips” who work to “whip” the membership into activity in voting.  They keep track of where party members stand on legislation and round up their colleagues for key votes.

Much of the work accomplished in Congress comes through committees.  Legislators are placed in different committees where they have experience or interest to research and develop various legislative proposals.

There are various committees in each of the houses.  Many of these committees are known as “standing committees,” in that they exist long-term as interests that are ongoing.  Other committees are short-term, existing only for a period of time to accomplish the specific goal.  The Senate has sixteen standing committees and the House has nineteen.  They range from education, budget, agriculture, and transportation.

Each committee may also have subcommittees dealing with a specialized topic in the overall theme.  A subcommittee of the Transportation and Infrastructure committee might deal specifically with air travel.

Some committees work integrally with both houses.  There are four joint committees that include members of both the Senate and the House.  The Joint Economic Committee looks at economic conditions and gives its recommendations on improvement.  There is a joint committee on federal tax policy, the Library of Congress, and the Government Printing Office.

Conference committees are another temporary committee to help both houses agree on the details of proposed laws. 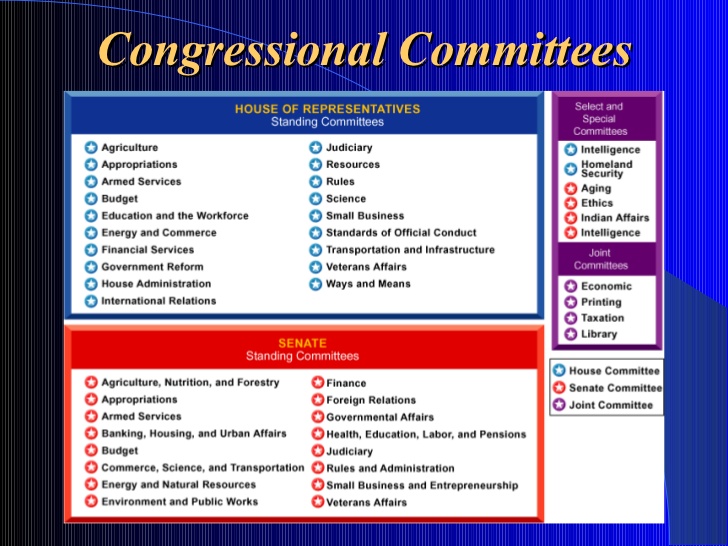 As already mentioned, senators and representatives wish to be on committees that interest them.  They may look at committees that directly affect those that elect them.  A member of Congress from rural Missouri might wish to serve on agricultural committees.  Someone from a heavily industrial area might seek out service on labor committees.

The political party leaders in the legislature make the committee assignments.  They consider the members’ preferences, experience, and loyalty to the party.  They may also consider seniority, or length of service.  Those that have been in Congress the longest usually get preference in committee appointments.  The person on the committee that has been in Congress the longest often becomes the committee chairperson.  Those chairpersons of standing committees are considered the most powerful members of Congress.  They decide when and if a committee will meet, what bills to study, and who will serve on subcommittees.

Some think the use of seniority is a good thing.  Others do not and complain that talented people get overlooked simply because someone else has been around a long time.  The amount of complaining and criticism has led political parties to shift away from using seniority.  It is still used but not always the case. 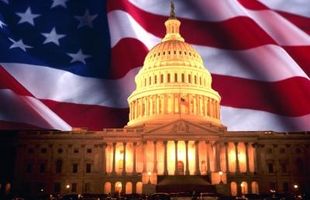